Ross (9hcp) carded gross 36 on front nine to be net four-under-par and had another gross 36 on the back nine to finish net seven -under-par.  Just losing out on countback in runner-up spot was Kevin Holbrook (12hcp) with an equally exceptional score of net 63, four-under-par of the front nine and three-under par on the back nine.  In 3rd place was John Shaw, nett 65 with Sean Richardson in 4th place and in 5th place last year’s winner Dave Collard with a net 66. 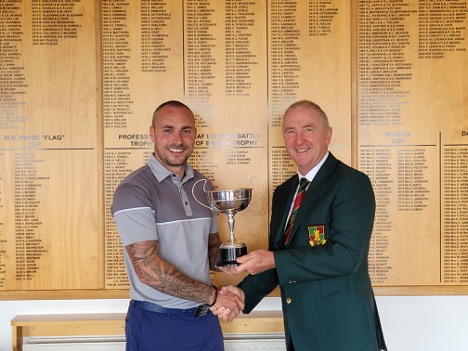 In the 2nd Division for the Salver it was Worlebury Junior Toby Robinson who took the win by three shots from senior golfer Dan O’Conner with a net 65.  Toby didn’t start well carding an eight on the 1st Hole but he rallied well carding a birdie and six pars during the rest of his for a gross 85, net 65.  Runner-up Dan was two-under-par at the turn but could not improve upon that on the back nine card a level par net 35 for his 68, just piping John Flannigan on countback. 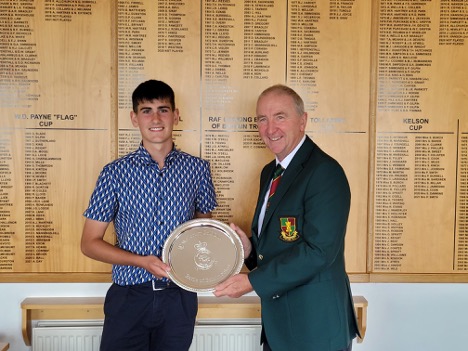 The Seniors section held their annual Open 4BBB which was well subscribed by players from clubs in the area and Worlebury members.  The winners on countback with 46 points was Paul Coumis and Paul Hines both from Worlebury, the runners-up were Tony Williams (The Mendip) and Roger Gilchrist (Henbury) and in 3rd place Allen Ellis and Mike Bennett, both from Worlebury who also score 46 points.  Nearest the pin on the 16th Hole was won by Roger Stone (Farrington Park)